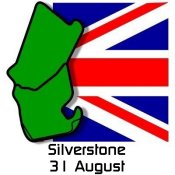 24 cars arrived at Silverstone for the next round of the BP Championship, the race was a support event for the European F2 Championship.

The Safir of Patrick Neve set the fastest time in Saturday morning’s qualifying, he felt he had gone a few tenths faster than the time he was credited with. Second and third were the works Marches of Alex Ribeiro and Gunnar Nilsson, both men were much happier with their cars following a complete rebuild although Nilsson complained of his dampers being too soft and Ribeiro had his practice curtailed when he ran out of fuel. It was an all Modus second row with Eddie Cheever fourth fastest, his car now featuring a Novamotor Toyota for the first time next to him it was Danny Sullivan who had some minor tyre problems.

Of the other runners Stephen South was hampered by a broken driveshaft, Larry Perkins was suffering from terminal understeer but was confident it was cured for the race. The two B&O Marches of Pierre Dieudonné and Hervé Regout were running old tyres to save money but would fit new ones for the race. Donald MacLeod withdrew his GRD feeling it wasn’t quick enough in a straight line and Bob Arnott had to start at the back with a ten second penalty for qualifying out of session due to engine problems.

The start was a little chaotic, the starting lights went red, off, red then green so people started at different times but since it was a mechanical malfunction there were no penalties issued. Cheever had started when the lights first went out and had got the drop on the others and he lead into Copse but by Stowe Ribeiro had caught and passed the Modus and Cheever now had Sullivan and Neve right behind him. Out of the chicane on lap 1 it was Ribeiro, Cheever, Sullivan, Neve and Nilsson then a small gap back to Terry Perkins, South, Richard Hawkins, Ingo Hoffman, Tim Brise, Bertram Schäfer, Larry Perkins, Chris Barnett, Dieudonné, Regout, Dick Parsons (who was going slowly expecting a restart), Steve Pettitt, Graham Hamilton, Pete Clark, John Lain and Bob Arnott.
The racing at the front was very tight over the next few laps with plenty of position changes, Ribiero led lap 2 , Sullivan lap 3, Neve held third whilst Nilsson passed Cheever. However it was all over for Nilsson on lap 3, he had been having gear problems from the start and on lap 3 he had to pit with the March jammed in fifth gear. Next to have problems was the sister car of Ribeiro who was in the pits on lap 6 with a loose wheel due to the vibrations caused by a missing balance weight. Ribeiro also had his front brakes bled as they hadn’t been working which accounted for the numerous brake locking moments he had been suffering on the track. Sullivan now looked to be in command of the race, the two works Marches were out of it and he had opened out a couple of seconds on Neve but he suddenly spun at Copse for no apparent reason resuming last, Sullivan then pitted and although there was nothing that could immediately be found wrong he retired the Modus.

All this action left Neve in the lead with his Safir although he had Cheever’s Modus right on his tail. Inevitably it all went wrong for Neve and he was suddenly in the pits his engine sounding terrible, the cause, a broken plug. So at 10 laps it was Cheever back in the lead again with Terry Perkins now up to second place, Perkins having pushed his Ralt ahead of the Ray of Stephen South at the chicane. South was now involved in a tight battle with Hawkins for third but the bad luck fairy now waved her wand over South, the Ray suffered a puncture and South spun at Becketts hitting the catch fencing and writing off the car.
Hawkins was now on his own in third but there was as big battle going on for fourth between Dieudonné, Brise, Larry Perkins, and Bertram Schäfer. Larry Perkins was fast making up ground after a huge oversteering moment at Becketts caused a spin on lap 2 which dropped him to sixteenth. Behind the fourth place battle it was Dick Parsons next from Hamilton, Barnett, Arnott, Pettit, Clark and Lain. Other retirements at this stage were Ingo Hoffman who had spun at Becketts on lap 2 and then retired a lap later at Club with an oil leak and Hervé Regout who had spun out on Copse on lap 7, he was hit by a catch fencing pole and had to be taken to hospital.
Man on the move in the second half of the race was Larry Perkins, by lap 12 he was up to fourth after passing Dieudonné and lap 14 saw him in third after passing Hawkins at Club. Cheever’s lead over Terry Perkins suddenly began to diminish, this was partly due to Terry Perkins putting the hammer down but also because Cheever was having gear selection problems. By lap 18 Terry Perkins was right on Cheever’s gearbox as they entered the chicane with every chance that the Ralt would slipstream past the Modus on the home straight. Suddenly, as Cheever changed to fifth, the gearbox baulked again, unaware of the American’s problem Terry Perkins was caught by surprise as Cheever’s car hesitated and the Ralt hit the back of the Modus. The nosecone was torn off the Ralt and Terry Perkins slithered onto the grass and spun through 360 degrees, he managed to regain the track still in second and just ahead of his brother.
Luckily for Cheever he only suffered a bent exhaust in the incident and he was able to complete the final two laps without incident to come home the winner by eight seconds. Larry Perkins came home second from Dieudonné and Hawkins, the three cars separated by less than a second at the finish. A disappointed Terry Perkins finished fifth after loosing three places in the last two laps due to the handling imbalance caused by his contact with Cheever. Alex Ribeiro took the fastest lap after returning to the track after his pit stop, Nilsson also returned but had an off at Copse.